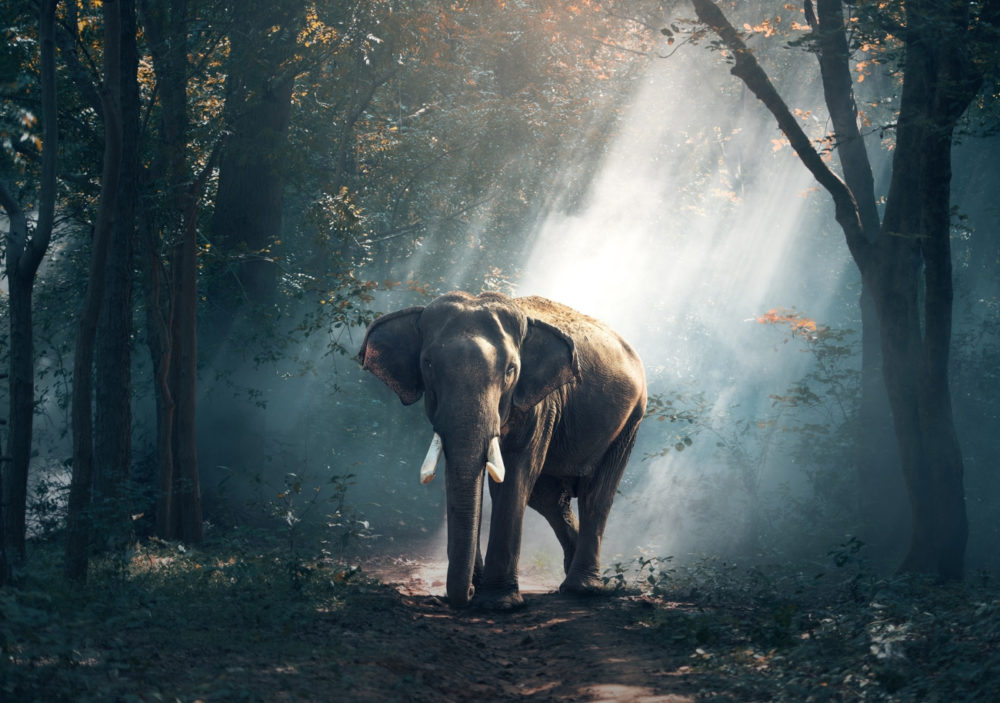 Have you noticed that there’s often an “elephant in the room” and most of the time we don’t acknowledge it. Ever since I was a kid I’ve been fascinated with the things that people don’t say or are afraid to address or discuss. This is not to say that I have always been (or even now always am) someone who acknowledges the “elephant” myself. Like many people, I get scared to bring it up at times. However, when the elephant is brought up, by me or someone else, even if it’s a little awkward or uncomfortable at first, it always feels better and creates a sense of peace, liberation, and authenticity for everyone involved.

So why do we get so scared to talk about the elephant in the room? We worry that people will get offended or upset, that it will be too uncomfortable to deal with, or that somehow it will make things worse, not better. Underneath most of these and other concerns is a bigger and more selfish concern – we usually worry that people will get mad at us or not like us if we bring up something that seems “inappropriate.”

However, living a life of freedom, power, and authenticity is sometimes about doing and saying things that are uncomfortable – i.e. talking about the elephant in the room. And, being a leader, someone who makes a difference for others, and a person of real boldness requires us to step up and put ourselves out there. Our regrets in life usually have more to do with the things we don’t say and do, not the other way around.

A powerful technique we can use to expand our capacity to speak our truth and talk about “elephants” in a more effective and authentic way is one called “clearing withholds.” This technique which my wife Michelle and I originally learned from a coach years ago, is one that I detail in my new book Be Yourself, Everyone Else is Already Taken and have used for many years in workshops, meetings, coaching sessions, and in my own life (especially with Michelle).

A “withhold” is something you’ve been holding onto with another person (or group) that you haven’t shared with them – hurt, resentment, fear, an apology, opinion, an acknowledgement, an idea, or anything else (i.e. an “elephant”). Creating the time and space to communicate these “withholds” is an incredibly powerful and liberating thing to do, even though it can be a little scary. You can do it with your spouse, friends, family, co-workers, or anyone else. One person goes first and says to the other person (or to one specific person if you’re doing this in a group), “There’s something I’ve withheld from you.” The other person responds by saying, “Okay, would you like to tell me?” Then the first person expresses their “withhold” with as much honesty, vulnerability, and responsibility as possible (i.e. using “I” statements, owning their feelings, etc.). The other person’s job is to listen with as much openness as possible, not to react, and to just say “thank you” when the person is done.

It’s best to do this back and forth until both people (or everyone in the group) has shared all of their withholds. When you’re done, one or both of you may want to talk about some of the things that were said, but that isn’t always necessary. This is not about debate or someone being right or wrong, this is about being able to share how you’re feeling and what you’ve been withholding as a way to release it. At some level, each “withhold,” regardless of what it is, isn’t really about the other person anyway, it’s about you (or vice versa).

When we practice this technique (or some variation of it) and we encourage ourselves and those around us to pro-actively talk about the many elephants in the rooms of our lives, we create an environment of openness, trust, and authenticity – which is what all of us want.

Think about the important relationships, situations, and groups in your life. What elephants have you been avoiding? What would you say if you weren’t worried about what people would think or how they would react? See if you can challenge yourself today and this week to acknowledge some of those elephants…and see what happens!