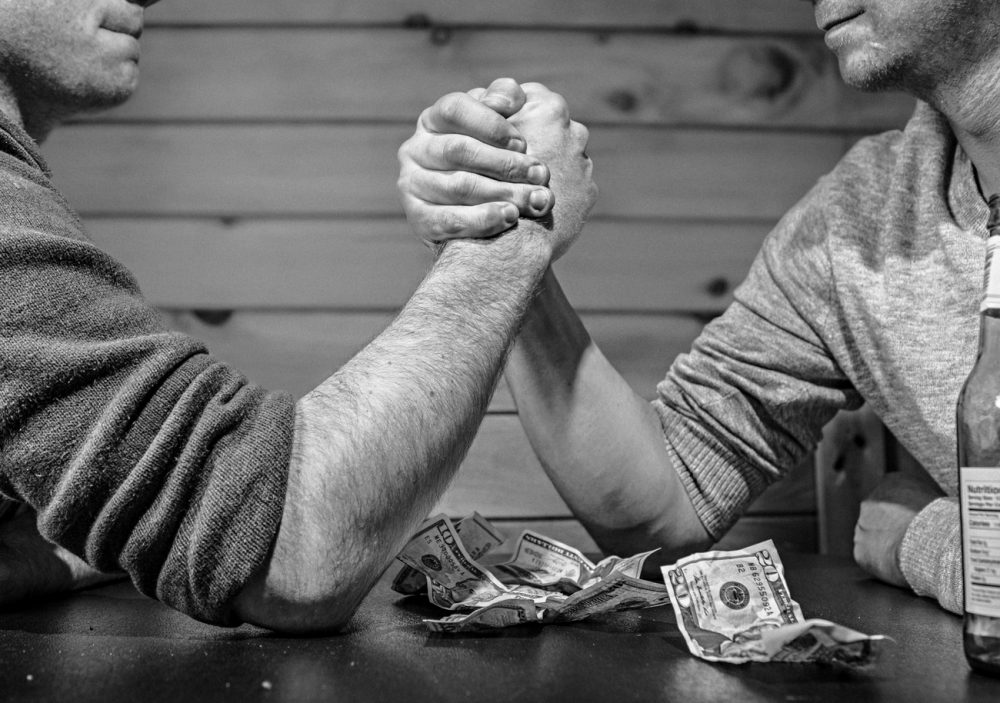 As a former professional athlete, and as someone who worked in sales and has quite a strong competitive spirit, I know a few things about competition. I’ve also studied it and seen it play out in both healthy and unhealthy ways within teams and companies for many years. Competition is part of life, and especially of business. It can be harnessed in a productive way for teams, but it can also be incredibly damaging and detrimental to the culture of a team or company. So, it’s important to understand that there are two types of competition: negative and positive.

Negative competition is when we compete with others in such a way that we want to win at the expense of the other person or people involved. In other words, our success is predicated on their failure. Negative competition is a zero-sum game, and is based on the adolescent notion that if we win we’re “good” and if we lose we’re “bad.” It’s all about being better than or feeling inferior to others — based on outcomes or accomplishments. In a team setting, negative internal competition shuts down trust and psychological safety, and negatively impacts the culture. It usually takes one of three forms:

Positive competition is when we compete with others in a way that brings out the best in us and everyone involved. It’s about challenging ourselves, pushing those around us, and allowing our commitment and skill, and the motivation of others, to bring the best out of us and tap into our potential. When we compete in a positive way, it benefits us and anyone else involved. Of course, we may “win” or we may “lose” the competition we’re engaged in, and there are times when the outcome has a significant impact and is important. But when we compete in this positive way, we aren’t rooting for others to fail or obsessed with winning at all costs, and we realize that we aren’t “good” or “bad” and that our value as human beings isn’t determined by the result. Positive competition is about growth, grit, and taking ourselves and our team to the next level.

A very simple example of this comes from exercise. Working out with another person is a positive, practical strategy for getting in shape, because having a workout partner creates accountability, support, and motivation. Let’s say you and I decided to work out together on a regular basis, and we picked a few different activities such as running, biking, and tennis that we’d do a few times a week. And let’s imagine we decided to add a little competition to make it more interesting. If we competed against each other in a negative way, I would be obsessed with figuring out how to run faster, bike farther, and beat you at tennis. And if I got really into it, I might find myself feeling stressed before we worked out, and after we got done I’d be either happy or upset depending on how I did in comparison to you on a particular day. I might even find myself taunting you if I “won,” or feeling defensive, jealous, or angry if I “lost.”

However, if we went about these same activities in a positively competitive way, we could still compete to win in tennis or race each other in running or biking. We wouldn’t waste our time and energy attaching too much meaning to the outcome, but instead would realize that by pushing one another past our perceived limitations we would both get a better workout, helping each of us to be as healthy and fit as possible.

Are you competing in a positive or a negative way?  What can you do to create an environment of positive competition around you?

This post is excerpted from Bring Your Whole Self to Work, by Mike Robbins, with permission.  Published by Hay House (May 2018) and available online or in bookstores.

Enter your name and email address to receive a free copy of the 1st chapter of Mike's newest book: We're All in This Together: Creating a Culture of High Performance, Trust, and Belonging.