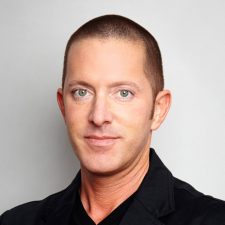 Today’s episode of my Bring Your Whole Self to Work podcast is with my friend Eric Severson. Eric has been working and studying the field of Human Resources for over 25 years. He spent many of those years at Gap Inc., which is where we met.  At Gap Inc., Eric served as the co-CHRO in charge of global enterprise talent strategy and operations.

He is a leader who works to create culture and support the growth of talent.  In 2014, Eric was appointed by the US Commerce Secretary to be a part of the National Advisory Council on Innovation and Entrepreneurship (NACIE). The organization’s initiatives include looking at how to create organizations where people can bring their whole selves to work and be successful. They also focus on how organizations and corporations can be positive influences in society at large.

The Concept of a Growth Mindset

Eric was deeply impacted by the book Mindset by Carol Dweck. The ideology of this book offered him the understanding that a cluster of different beliefs and behaviors could be learned to create what professor Dweck calls a “growth mindset.” Eric is passionate about applying this type of breakthrough science into the architecture of a company to help its employees and team to achieve their goals.

Which Risks or Failures Led to Eventual Success?

Eric admits he had many failures in work-life flexibility methods but eventually realized his team was trying to place controls inside of a system which was fundamentally broken. Until they instituted the Results Only Work Environment (ROWE) which “revolutionizes the way people work.” he says.

As the pressures and stresses of the workaholism of the 1990’s and 2000’s reached a breaking point an integrated way of knowing the world has taken its place. The internet has been disruptive in a good way as it erases knowledge borders and makes the world a smaller place. A holistic approach to leadership can be attained if leaders are able to tap into their own creativity and innovation.

Eric believes there is a science behind a healthy workplace and there are many practices companies can put into place to encourage a healthy environment. Optimizing the mind, body, spirit and emotional energy allow human beings to perform at their best because all of their domains are being fueled and in balance.  At Gap he and his team created a powerful employee wellness program called Performance for Life.  The tagline of the program was “Better You, Better Gap.”  The research points out that when people take better care of themselves and feel their employer is interested in their well-being, they are much likely to perform at a higher level and commit to their work.

As part of The Global Consortium to Reimagine HR, Employment Alternatives, Talent and the Enterprise, Eric is working with a team which will map a path from today to 2025 with regards to managing people.  They are in search of the future roles companies will need to play with respect for talent. One of the roles they identified is culture architect and community activist.

What does Bringing Your Whole Self to Work Mean to Eric?

When people harness all of the human energy inside themselves, the power they bring to their work is immense.

“Everything that matters in life requires discipline and practice.” @EricSeversonHR

“Promoting a culture of well-being is, at its core, an equal opportunity and diversity practice.” @EricSeversonHR