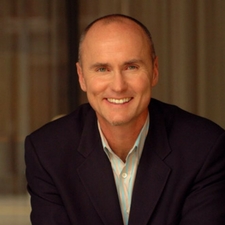 This is the very first episode of my new podcast, Bring Your Whole Self to Work. I really wanted to do something special for this first show and was so excited that my friend, the amazing Chip Conley, agreed to join me.

Chip is a business leader, a thought leader, and a person I respect and admire a great deal. At 26, he started Joie de Vivre – which became the second largest boutique hotel company in the United States. He sold the company back in 2010. Chip is the author of four books with a fifth one on the way and for the past 38 months he has worked as a mentor to the founders of Airbnb and a leader within the company as they’ve grown exponentially. He is a true renaissance man of life, business, personal growth, culture, and more.

The Courage to Walk Down the Entrepreneurial Path

Chip remembers the advice from the Whole Earth Catalog, which was to “start cheap, stay small and stay local.” This advice allowed him to make mistakes and modify appropriately as he started his business. He figured that if he had to shut everything down at the age of 29 he would still have time to do something else.

What does Bring Your Whole Self to Work Mean to Chip

Potting your own personal plant in an orchard where it is most likely to grow and understanding what your innate talents and gifts are. These are the first steps to bringing your whole self to work. By gaining self-awareness you will gain clarity and know whether or not the company you are running or working for is a good fit for you.

Chip realized he has a natural aptitude for recognizing what is and what is not working in design and a gift for serving people. The hotel business is all about serving people so he bought a motel in a not-so-nice neighborhood and he started Joie de Vivre (The Joy of Life, in French). It’s a business name and a mission statement all rolled up in one. And, it was then that he became the style-minded, big-hearted, hotel entrepreneur. Fast forward 25 years and he was running the second largest boutique hotel chain in the country. All because he brought his whole self to work.

The good news about the company name that no one could pronounce was that new employees could be taught about the name and the mission at the same time. He and his team created the Joie de Vivre symbol. It is a heart with 4-points or arteries, leading to the core missions of the organization. Employees were empowered to make a change if one of the arteries was not flowing properly. Chip democratized the culture by creating cultural ambassadors for each hotel. They were front-line employees who were elected by their fellow workers to serve in this position. This democratization worked so well that Joie de Vivre was voted as the second best place to work in the San Francisco Bay Area. Second only to Google.

The Whole Self is Everything

Chip says there are two things you can do to bring your whole self to work after a difficult time, and they are: 1) Divorce yourself from work for a little while to process everything that is going on, or 2) Feel you can be authentic and vulnerable enough to share with others in the workplace. Holding something back takes a lot of energy. The process of unleashing it frees up a lot of space in your mind and emotional space in your heart. It allows people to rally around you. If you feel you must hide things you are probably not doing your best at work.

Chip gives us a glimpse of the experiences he is drawing from in order to create his next book, Modern Elder. Working with Airbnb has given him a new perspective on the digital society and the intergenerational transfer of wisdom in humans. Those of us who are a bit older have some important things to teach the younger generations. And, the younger generations have some important things to teach their elders at the same time.

“Be yourself, everyone else is taken.” – Oscar Wilde

“The person you spend the most time with is yourself. Therefore you owe it to yourself to be both an interesting and happy person.” – Unknown

“If I don’t like the choices I make or the person I become, the biggest loser is me.” @ChipConley

“Culture is the ultimate strategic differentiator for a company.” @ChipConley

“It’s amazing to be given the opportunity to share your wisdom and then see the results of that wisdom.” @ChipConley