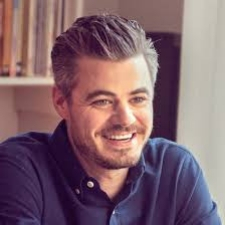 On this special Giving Tuesday episode I have the honor of talking to Scott Harrison, founder of Charity Water.  For the past 12 years, Scott and his team have worked in 26 countries to help 8.4 million people get clean water.  The water crisis is one of the largest humanitarian issues on the planet – there are still 663 million people without access to clean water in the world.

On today’s show, Scott shares his remarkable journey from New York City nightclub promoter and addict, to founding Charity Water and transforming his life.  He talks about Charity Water’s important mission, shares personal stories about the impact of their work, and invites all of us to help by joining The Spring, a community of monthly donors worldwide supporting the live-saving work Charity Water is doing.

[4:08] Charity Water is focused passionately to end the water crisis. Based in New York City, they started 12 years ago, and seek to bring clean water to the 663 Million people currently affected by the water crisis, drinking contaminated water.

[6:22] Giving Tuesday was a response to the commercialization of Black Friday and Cyber Monday.

[11:13] Dirty water harms more people in the world than all forms of violence. Many women suffer from violence, rape, and animal attacks as they travel far from their home seeking clean water.

[14:43] Scott referred to his former self as a “degenerate, disgusting club rat in New York City.” He attended NYU and promoted at nightclubs on the side. On the outside, he had material wealth, but on the inside, he felt emotionally and spiritually empty and knew he needed to turn his life around and rediscover faith.

[23:29] Scott shares the story of his choice to follow the humanitarian path, and how he did join a mission as a photojournalist and writer, but still had to pay his way. He went cold turkey on all his vices and sailed away to Liberia on a 52-year-old, 522-foot ocean liner that was gutted and now a giant hospital ship. He soon realized that no one in the country had running water, sewage or even running electricity with one doctor for every 50,000 people. He then made it his life’s mission to both provide everyone on the planet with drinking water, and create the perfect charity that people could trust.

[42:47] More leaders and celebrities are donating their birthday to raise funds for specific campaigns, and Scott talks about raising $59,000 when he donated his birthday one year.

[51:13] The Spring Community arose when Charity Water wanted to connect members of the community and create an ongoing dialog of how much their donation helps. They anchored it at $30/month, and it has grown to over 104 countries around the world.

Purchase Bring Your Whole Self to Work and gain access to bonus material.

We think everybody should have clean water to drink that’s alive today. — @scottharrison

Let’s build a culture of generosity and giving and have that be our legacy. — @scottharrison

Giving is a blessing and a joy. Charity means love, and we need less cynicism and more love. — @scottharrison