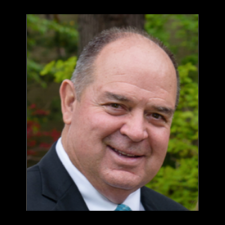 I’m very excited to welcome my friend, mentor, and former coach at Stanford, Dean Stotz, to the show this week.  He was the Associate Head Baseball Coach at Stanford University for 37 years, retiring in 2014. Dean has been an incredibly important person in my life since he first started recruiting me back in 1991.  He’s had a huge impact on me by exemplifying what it means to be a great coach, husband, father, leader, and human being. He and his family are like family to me and my family. In this episode, Dean and I talk about how he went from coaching the freshman team when he was a senior at Stanford in the mid-70s, to building one of the top baseball programs in the nation, along with Head Coach Mark Marquess. He also shares how his own evolution as a parent affected his coaching, what he thinks are the keys to a great team from a cultural and chemistry standpoint, and what leaders can do to inspire those around them.

[6:26] A few of the key aspects within a great team are members that aren’t territorial or consumed with protecting their spot, who are willing to be vulnerable, and are selfless in nature.

[11:07] Over the past years, Dean has evolved to be even more vulnerable and transparent as both a parent and a coach. When you show that you do care and are there for someone as a human, you can build the type of trust needed to really coach and push them.

[12:10] Dean pitched in the Little League Series at 12, and went on to play baseball in college as well. He has been involved in all phases of coaching in his expansive role on the staff, and currently serves as the team’s lead recruiting coordinator, primary hitting instructor, and third base coach, while also handling various offensive and defensive aspects of the game.

[24:33] Winning the National Championships is obviously a great feeling but the hard work and teamwork that went behind it make the win even better.

[32:45] Family is a huge part of Dean’s life and his wife Kathy and their kids are very invested in his work as well. Dean suggests making a traditional family dinner around the table when you can, as it’s a great way to connect and unplug from the day.

[36:55] Dean was inspired by his parents to provide a life rich in love and help people that can’t help themselves without needing anything in advance.

[49:22] The relationships we have at home have a huge impact on our work.

[58:22] A true team celebrates the wins but also helps each other through the hard times.

[1:04:14] Great leaders are willing to do the things they expect from others.

[1:05:01] Life is about adjustment and modifications. We can try something, assess to see if it works, and then pivot from there.

Focus on the Good Stuff: The Power of Appreciation, by Mike Robbins

“If you love them hard you can push them really hard.” — Dean Stotz

“Let’s focus more on getting things right, rather than being right.” — Dean Stotz