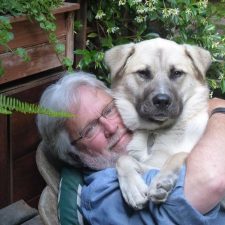 My guest today, Bob Andrews, is someone I’ve known for many years.  He is a dear friend and someone I greatly appreciate.  Bob has had an interesting career – working as a teacher, then as a retail store manager, and ultimately building his career in the field of Human Resources.  He was the head HR for Jamba Juice and held various HR jobs at Gap Inc.  Bob is now working for himself, doing something he has always felt passionate about – executive and leadership coaching.

What does Bring Your Whole Self to Work Mean to Bob?

Bob says the phrase “Bring Your Whole Self to Work” pushes a few of his buttons. He has been challenged by bringing his whole self at work throughout his career and has worked with others who struggle with being fully themselves and with showing up fully at work.

As an example, early in Bob’s career he completed a survey answering each question the way he imagined a strong leader would. He answered in the voice of the person he wanted to be instead of who he really was. Then, after 25 years of experience, Bob took the same survey again. This time, he answered straight from his heart and found that many of the answers he gave were the opposite of his previous results.

Moving Past the Fear

After years of paperwork and excel spreadsheets, Bob recognized that he wasn’t being true to himself or his work. He realized the part of Human Resources he loved was working with executives and leadership teams. In order to do this, he would need to create an executive coaching business of his own. He felt a tinge of fear in that being himself wouldn’t be good enough, that he wasn’t prepared to go out on his own and it wouldn’t pay enough to cover the cost of his lifestyle. Eventually, the business world evolved and started putting additional resources into talent development and talent management and Bob started working at Gap Inc. as an Internal Executive Coach, which then springboarded him to his current coaching business.

How Are Leaders Creating a Thriving Culture of Authenticity in the Workplace?

Bob says leaders who take care of themselves through holistic practices make better leaders and better communicators. Listening to employees with empathy is a common trait of successful leaders in today’s workplace. They allow space for others to breathe and learn to humanize their roles.

“Fear is just excitement without the breath.” – Fritz Perls

“Many people struggle with the fear that if they were to be their real self, it may not be enough.” – Bob Andrews

“Coaching had transitioned from being a fix-it to a developmental tool to help good leaders become great leaders.” – Bob Andrews

“The days of work and home life being separate are gone. We are all connected 24/7.” @MikeDRobbins