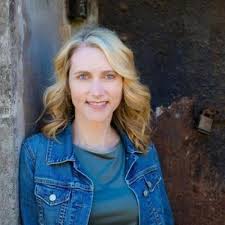 Today’s guest, Melissa Daimler, is someone I’ve known for 15 years. She knows a ton about the coaching world because she was the very first employee of Coach University, which is one of the top coach training schools in the world. She moved from New York City, where she ran her own very successful coaching business and arrived in the San Francisco Bay Area in time for the dot-com boom.

Melissa’s desire to be part of a team led her to the Epylon Corporation, as their Director of People. She then moved to Adobe where she spent 10 years in various HR and Talent roles.  Four and a half years ago she took a job at Twitter as their Head of Learning and Organizational Development. She sits on the board of the Association for Talent Development and she’s written articles for  the Harvard Business Review.

What does Bring Your Whole Self to Work Mean to Melissa?

Melissa has always been interested in how to use work as an opportunity to grow and learn. Throughout her non-traditional career journey, she has had both great and not so great managers who taught her who she wanted to be and who she didn’t want to be as a leader and at work. The managers she was inspired by used their jobs to become better. They also made sure the people on their teams were also growing and learning all the time.

The Joys of Team Membership

Melissa says she has always been attracted to the system piece of people, looking at where people are today and how to move them to the next level.  After coaching for several years, she desired to be part of a team again and moved back into the system. She felt that if she understood a company it would help her to coach people better. She took over Adobe’s learning organization when there were 4,ooo people in the company and when she left, 10 years later, Adobe had over 10,000 employees.

While working at Adobe, a recruiter called her and asked her if she wanted to build something from scratch. She loves jumping into things that are exciting and scary so she accepted the position to build out the learning team at Twitter. She says it was a different world at the beginning, she learned how to be crafty and strategic at the same time and she leveraged her tribe. In all of the chaos, there are three things she has always stayed true to 1. Taking care of herself 2. Taking care of her team 3. Taking care of the business.

Melissa accepts challenges as learning opportunities. She says that one of the great things about Twitter is that you don’t have to ask for permission to re-evaluate, re-imagine or to be innovative. One of her current projects is re-imagining feedback to figure out what people truly want. The goal is to help leaders shift from the traditional every 6-month review to ongoing learning every day.  During open conversations, a person can give feedback without starting with the phrase “So, I’d like to give you a little feedback.” Open, honest communication based on the trust which exists inside the relationship.

Melissa says she sees more similarities than differences within generations but that maybe Millennials say what the Gen X-ers were thinking but didn’t have had the courage to say. Millennials are voicing what everybody wants and Millennials want what all people want, which is to align themselves with a company that has a meaningful mission and to know that an opportunity for growth exists.

Melissa says she doesn’t want to be one of those people who are falling behind in technology, so she asks a lot of questions. She shares her goals with her team so they can provide feedback to her as part of her ongoing learning philosophy. When asked about what advice she would give to her younger self she says “I would tell myself to speak up more and share my point of view.”

“People should go for a job even if they don’t have every skill the job requires because that is part of the whole process.” @mdaimler

“It’s important to find time during the day when you are not just reacting.” @mdaimler