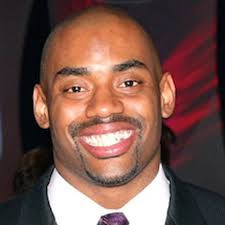 In today’s episode, the first official one with the new name of the podcast (We’re All In This Together), I reconnect with my friend and former teammate, Chris Draft. Chris played baseball with me back at Stanford when he came in as a freshman in 1995. A two-sport athlete, Chris also played football at Stanford and then went on to have an incredible, 12-year professional football career in the NFL. Today, we talk about the characteristics of great teams.  We also discuss Chris’s dedication to using his platform to educate and inspire others, as well as how he’s turned tragedy into purpose in his life.

[0:58] The name of the podcast has changed to We’re All In This Together (which is the title of the new book I’m working on).  The show will remain the same for the most part but will also include more about creating a positive team culture and why every role matters. [2:01] It wasn’t easy to come in as a freshman and play on the Stanford baseball team, but Chris did it. In 1995 we were ranked #1 in the country and went to the College World Series. He also was a star football player and went on to have a 12-year career in the NFL. [2:52] In addition to his success on the field, Chris started a foundation in 2006 and used his platform to raise money and awareness in. [3:17] Chris retired in 2010, and experienced a sudden and shocking loss when his wife passed away in 2011 due to lung cancer. He decided to take that pain and turn it into his own mission and continues to focus on helping the community of those struggling with cancer and their families. [6:10] Chris grew up in Anaheim and was a football player in high school as well. He taught himself defense and would be moved around in the game to fill in different positions that were necessary for the team. [11:44] Chris gave his everything to both teams, and would often practice for two hours at baseball and then leave for two hours of football practice. He knew that in order to give his best at one, he had to make the tough decision to commit to football. [16:22] Chris got drafted by the NFL in 1998 and loved the feeling of being connected to a community. [27:22] The best teams know they have a job to do, and appreciate every role in the team. When we are engaged fully helping the team win and understand our roles, magic happens. [32:43] One of the biggest blessings in Chris’s life was the ability to walk beside his wife during her fight with lung cancer. He got to see first hand her strength and was grateful to be there with her and take that experience to [44:27] Chris had started his foundation in 2006, with a focus on bridging the players and the community. Their campaign to Change the Face of Lung Cancer was to stress the importance of research along with prevention, and give confidence to the survivors that they are not alone. [52:37] The Foundation was also inspired by two people with cancer who showed immense strength and character that also is a key component of success in the NFL.

“You can’t be afraid to build a team where the backups are challenging the starters.” — @chrisdraft

“Put people in the position to be great.” — @chrisdraft

“To be an advocate is not to tell the story you want, it’s the story others need to hear.” — @chrisdraft