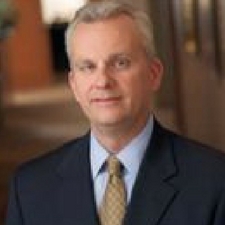 My guest on today’s podcast is Jay Allen. Jay recently retired from his role as the Chief Administrative Officer at Charles Schwab, which is where he and I met a few years ago.  Schwab is one of my favorite clients and getting to know Jay and work with him and his team in recent years has been a real honor for me.

He retired last year to keep a promise to himself. Early in his work life, Jay vowed to have time to follow his passions. His career history before Schwab includes working for IBM, NBC, GE, a start-up, and his own consulting business.

What does Bring Your Whole Self to Work Mean to Jay?

Jay shares a story of when he was given the role of manager over a group of people within his existing department. A peer who was also a friend was waiting in line to talk with him. When it was her turn she walked in and said something he will never forget. She said “They didn’t give you this job because they thought you could be a good manager. They gave it to you because they liked who you were.” Jay says it was an important experience for him and he felt lucky it happened so early in his career.

One of Jay’s core principles as a leader is to value people as individuals – appreciating who they are, not just what they do.  Over the years of Jay’s career, the various companies and roles he had, he always made a commitment to connect with people and value them on a human level, regardless of their role, title, or performance.  He believes this is an essential aspect of leadership and culture.

Charles Schwab is a purpose-driven financial services company. Jay’s mission as the head of HR was to take the core purpose of the organization and strengthen its foundation while preserving its ability to meet its financial objectives. His strength-based approach was capitalizing on what people were good at and letting them know what they were doing was worthy of their time. He asserts that one of the most important things a leader can do is make it known to people they are valued as individuals and deserving of respect.

Jay admits to being very curious, almost bordering on nosey. Early in his career he wanted to know everything, including the why. Some senior people seemed uncomfortable with open and honest communication, which he found off-putting and strange. Jay has a firm commitment to transparent and direct communications. His aim as a leader has been to root out corporate speak and corporate spin to deliver a message as clearly as was possible.

“I realized that I’m not a victim. I’m not going to stay here and feel bad.” – Jay Allen

“Research tells us that leaders tend to get less transparent as they move up the ranks.” @mikedrobbins

“You can be direct and honest as a senior leader and people really appreciate it.” – Jay Allen