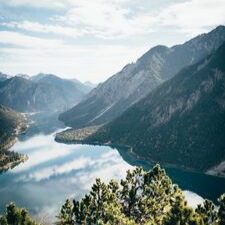 [8:09] It is important to be aware of the bias we have, and where we seek out confirmation for it throughout our day. Much of the news that is reported has a political bias, and when turned in to strong opinions, it shapes how we ultimately see the world.

[12:05] We all have bias and prejudice about things. It doesn’t mean we are necessarily evil or bad, it just means that we must be aware and acknowledge it.

[13:48] We must be allies for each other and be open to having a dialogue about the ways we can help advocate for others.

[16:11] We all have privilege to some degree. Owning it doesn’t take away from hard work or diminish any success that was earned.

Everything is Figureoutable, by Marie Forleo

Talking to Strangers: What We Should Know about the People We Don’t Know,
by Malcolm Gladwell

“We can’t move past our biases if we don’t admit, acknowledge, and own that we have them.” — @mikedrobbins

“For those of us who have privilege, it’s important to both acknowledge it and to use it in the most positive and empowering way we can.” — @mikedrobbins

“Acknowledging our privilege and bias are essential if we’re going to create an inclusive environment where everyone belongs.” — @mikedrobbins