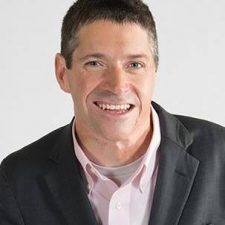 At age nine, after a fire burned 100% of his body, John O’Leary was given a 1% chance to live. John chose life. During his physical recovery, John was inspired by the people who were rooting for him to rise above the hardships and to live life to its fullest. His parents, classmates, and even a total stranger believed in his ability to overcome the tragedy. So he did. John embraced who he truly was and chose to be a victor.

Today, John is a husband, father, author, podcast host, and a keynote speaker. Through his organization, Rising Above, John inspires others to embrace all the possibilities life has to offer and to live life ‘On Fire’.

[23:00] John has been overwhelmed by the love he has received during his charmed life.

[33:09] Where John finds sources of inspiration.

On Fire: The 7 Choices to Ignite a Radically Inspired Life, by John O’Leary

“You can go through life as a victim or a victor. It’s your choice.” @jolearyInspires

“My mother said ‘John they may have taken your fingers but they haven’t taken your life. So, stop acting like it.’” @jolearyInspires

“Humanity turns me on.” @jolearyInspires