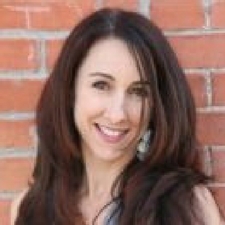 My guest on today’s podcast is my friend Chantal Pierrat. Chantal and I first met at a Wisdom 2.0 conference a few years ago. I remember being struck by her passion and her authenticity. She was in the process of leaving her job at Sounds True Publishing to found her organization, Emerging Women.

Chantal and I hit it off instantly and we began discussing, among other things, the importance of feminine leadership in business and the world.  I appreciate the great work that Chantal and her team at Emerging Women are doing to empower female leaders and entrepreneurs, and all of us.

What does Bring Your Whole Self to Work Mean to Chantal?

Chantal says the concept of the whole self has shifted for her over the last few years. To bring her whole self to work she needs to include her spiritual self. Part of being a whole human being is being a spiritual human being. Her belief that there is something larger than her at play in the universe should integrate with who she is at work.

Chantal felt privileged to work at Sounds True, a publishing company  which focuses on spirituality and consciousness. Sounds True allowed intention to be at the core of how business was done. Chantal believes this is the way business will be conducted in the future. So, why did Chantal leave Sounds True to start her own venture?

She felt called. She wanted to work each day with purpose while understanding her relevance on this planet. She felt inspired to create something new. During her search for inspiration, she found that a lack of resources existed for women looking for support as they followed their own calling. It was then that her company, Emerging Women, evolved into existence.

Chantal was surprised how hard it was to start her own company. The nuts and bolts of getting a business off the ground was the key to seeing her vision realized. But, she felt she didn’t have a choice, it was her calling to see this through. She says energy comes when you are fueled from a place of vision. It is important to reconnect with your passion often and refuel so that you are not running dry.

Emerging Women is a global networking and content platform for women who are interested in leadership, specifically feminine leadership. Their mission is to increase the pipeline of women leaders throughout the world. The members of Emerging Women are tired of compromising themselves at work. They want to create a new paradigm. A paradigm that includes personal growth within the context of leadership.

Chantal believes it is time to step out and increase the feminine energy on the planet. This year’s Emerging Women Live Event takes place in San Francisco October 13-16, and will include incredible speakers like Glennon Doyle Melton, Anne Lamott, Marianne Williamson and more.  My wife Michelle and I will be there again this year…it is an incredible event!

“You can be humble and be freaking fierce at the same time.” @EmergingW

“What’s nice about having a calling is that you don’t really have a choice. It’s not a deliberation. It just happens.” @EmergingW

“Judgment affects us when we don’t give permission to ourselves.” @EmergingW