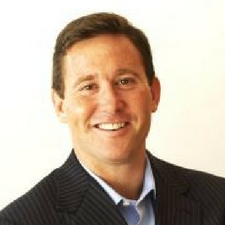 In this week’s episode, I talk with Jon Gordon. Jon is an author and keynote speaker, whose core message is positive leadership. During our conversation, Jon details the times he received divine inspiration, which led him to discover his ultimate purpose. Jon is open about his faith, and tells of how it helped him to overcome the fear of trying something he believed he was meant to do, even when he wasn’t certain he had what it would take. He also shares how he helps coaches create great teams through communication, connection, commitment, and caring.

Jon has written 14 bestselling books, including The Energy Bus and Training Camp. His tips have been featured on the Today Show, CNBC, The Golf Channel, and Fox and Friends. He works with companies and sports teams, including Southwest Airlines, Dell, the LA Dodgers, and the Miami Heat, to name a few.

[5:28] One of Jon’s early goals was to run for Congress, but after a City Council run, he decided against it.

[16:44] Jon has had many divine interventions in his life, including the idea to write his first book, The Energy Bus.

[24:02] Being open about faith in our distorted worlds.

[30:33] The greatest coaches and leaders are lifelong learners.

[46:18] The Power of Positive Leadership book looks at leaders who inspire people.

“Sometimes you have to lose your goal, to find your destiny.” @JonGordon11

“There was a lot of fear around the idea of pursuing a dream. @JonGordon11

“My faith has been a guiding force of what I do, who I am, and my ultimate calling.” @JonGordon11