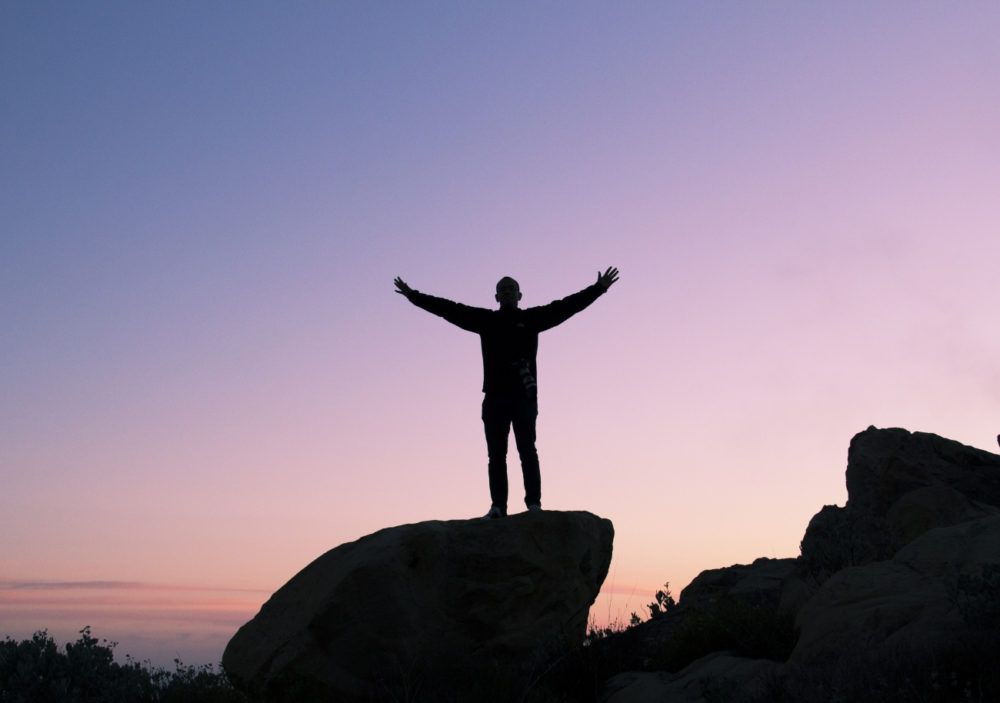 In December of 2011, I decided to head up to Calistoga for a few days. Calistoga is a small town in Napa Valley, about an hour from where we live. For the past few years, Michelle and I have each gone up there occasionally by ourselves for some personal retreat time. It’s been a great self-care practice that has benefited us both individually and as a family. It’s amazing how taking just a few days away can help me put things in perspective, recharge, and reconnect to what’s most important in my life.

That December was an emotional time for me. It was the end of what had been a tumultuous year, filled with big highs and big lows. My mom had died in June, we did the short sale on our house in August and moved, and life had changed for us in many significant ways. Even with the difficulty and intensity of the year, a lot of really good things had happened, too. It felt like life was moving in a really positive direction for us.

As I took some time to reflect and go within, I realized I was carrying around an enormous amount of resentment, most of which was directed at myself. I took with me to Calistoga some old cassette tapes of an audio program called “Forgiving Yourself,” which I’d actually never listened to when I’d purchased it many years before. The tapes talked about being hard on ourselves, and being critical and harboring resentment toward ourselves—all things that I’d done quite a bit throughout my life. Based on the suggestions of this audio program and my own insight and awareness, I spent a lot of time over the course of those few days writing in my journal and meditating, all with the specific intention of forgiving myself.

I started to write down a long list of things that I wanted to forgive myself for—being harsh and critical of some of the people closest to me, being annoyed and unkind to my girls at times, worrying about all kinds of superficial things, doing harm to my body over the years, not taking good care of myself, making mistakes in my business and with our finances, not practicing what I preached in my work, and on and on the list went.

As I wrote these things down in my journal, initially I was concerned that it was simply just my gremlin taking over and listing out all the things that were “wrong” with me and all the reasons why I was “bad.” But as I allowed myself to engage more deeply in the process, I realized that what I was doing was simply telling the truth about all the things I’d been judging myself for. This was my attempt in some way to let go of the resentment I was holding toward myself. I was trying to move into a place of forgiveness and, ultimately, freedom. And while I wasn’t sure if I knew exactly the “right” way to forgive myself, I decided to simply ask, in my writings, my prayers, and my meditations, to be forgiven. Before I went to bed at night, I would ask for the weight of this self-criticism and negativity to be lifted off of me.

By the time I left Calistoga, just a few days later, I felt 50 pounds lighter. Just a few weeks after that, I had my very first session with my counselor Eleanor. As Eleanor and I began to work together, which we’ve continued to do over the last few years with wonderful results, she began to explain to me the nature of growth and change.

“Mike, as you grow, change, and evolve, here are the basic steps involved in the process: recognize, acknowledge, forgive, and change. First,” she said, “you must recognize what’s going on and what you’re doing. This is about seeing and about authentic awareness. Then you acknowledge the impact of what you’re doing with compassion and without judgment. This is about feeling your emotions and owning the impact. Then,” she said, “the most important step in the process is forgiveness—a willingness to forgive yourself. Self-forgiveness isn’t about letting yourself off the hook, it’s about caring enough to take a deeper level of responsibility. And when you do that, you’re able to forgive yourself authentically. The fourth step,” she continued, “is change. However, if you genuinely recognize, acknowledge, and forgive, the change pretty much happens on its own, and you don’t have to—nor do you get to—control it. Change is the result of authentic forgiveness and authentic forgiveness is about releasing the past and all the stories you have associated with it.”

Then she followed up with the kicker: “Unfortunately, what you often do, Mike, and this is true for many people, is recognize, acknowledge, punish, and repeat—instead of forgive and change—which keeps certain negative patterns in place in your life and causes you a great deal of pain and suffering.”

The truth of what Eleanor taught me resonated deeply and we continue to talk about it in our sessions today. Since that initial conversation, I’ve been consciously focused on forgiving myself as well as releasing the past and all of the stories I have connected to it. Given that I’ve got many years of experience of not doing this and still have a tendency to be hypercritical of myself, as many of us do, self-forgiveness continues to be a challenge for me, although it’s getting easier. It’s a practice, and like any practice, the more we do it, the easier it is and the more effective we become.

The more willing we are to take an honest look within—to recognize and acknowledge our self-sabotaging ways and to forgive ourselves for them—the more likely we can begin to change in an authentic and powerful way. Self-forgiveness makes it possible for us to forgive others and to live our lives with a genuine sense of freedom, peace, and love.

This is an excerpt taken from Nothing Changes Until You Do, by Mike Robbins, with permission. Published by Hay House (May 2014) and available online or in bookstores.